Pro-environmental attitudes and corporate social responsibility among the Małopolska enterprises 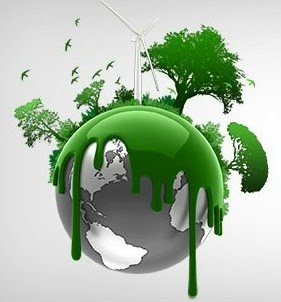 The report presents the approach adopted by Małopolska companies as regards corporate social responsibility and environmental protection. It primarily describes the situation in 2016, being a follow-up of the previous publications, which were drawn up in the Marshal Office of the Małopolska Region in 2011. It also summarises the changes which took place in that respect over the period of last five years.

CSR in Małopolska “has been doing better and better”. Half of the Małopolska companies declare that they are familiar with the notion of “corporate social responsibility”. These companies usually also claim to apply it in their business. Nevertheless, the companies that have come across the notion of CSR at the study stage, declare to be operating in compliance with its assumptions. It seems, thus, that more companies apply the corporate social responsibility in their every-day work (63%) than know of it in theory (51%).

Companies implement CSR activities in numerous areas, regarding honesty in business as the most important objective. Benefits from CSR include – according to entrepreneurs – improvement of company image both on the market and among employees and greater interest among partners and customers. In their business activity, almost all companies (93%) strive for sustainable relations with their partners and customers.

Companies believe that they do not impact the environment through their actions or the influence is minor. Only some companies admit that they have a wide impact on natural surroundings. They withdraw from environmental actions. In 2011, 79% companies attempted to be active within the field, while in 2016 the share was only 71%.

They are quite reluctant to plan such actions in the future. In the coming two years, the number of companies carrying out pro-environmental actions will most likely not increase; only 29% companies declare the intention to carry out such actions. Even if they do take up environmental actions, they are often unaware of that fact (for example declaring not to have taken any energy consumption-related actions, while admitting to have changed towards energy-efficient light sources). This would suggest that some companies without an environmental strategy that implement relevant solutions somehow “by chance” do in fact have positive impact on the environment.

The companies find it most difficult to start environment-oriented activities. As regards environmental actions, it is most certainly true that “the first step is the most difficult”. Companies, which did not introduce the pro-environmental actions in their premises usually do not plan to do so within the next two years. Companies adopt environmental solutions which cut their operating costs. Małopolska companies which undertake environment-oriented actions openly admit that the aim was purely to reduce costs (85%). Referring to taking care of the environment is much less frequent (73%). The priority for the companies is to lower energy consumption.

Polish version of the report and its summary is available here.