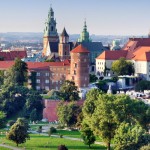 According to the study design 204 interviews were conducted: 70 among subjects included in Section N, Division 079 according to the Polish Classification of Economic Activities (PCEA) – Travel Agency, Tour Operator and Other Reservation Service and Related Activities (36,3%), 74 among subjects included in Section I, Division 055 – Accommodation Service and 60 among subjects included in Section I, Division 056 – Food Service. International (34,8%) and local (29,4%) businesses dominate in the study. Nearly one out of ten economic entities from Małopolska region operate on the regional market (in the voivodeship) and one out of four on the Polish market (26%). Businesses hiring from 1 to 9 employees are also predominant in the study (57,8%). Incomes of the businesses in the study in the last financial year in most cases were below 50 thousand PLN (29,4%). Nearly 16% of respondents declared incomes from 50 to 100 thousand PLN and nearly one out of nine subjects from 251 to 500 thousand PLN.
Summary
Polish version of the report and its summary are available here.

The study is conducted as an expert panel to make it possible to account for the largest number of opinions of people involved in the process of recruitment (both supply and demand). Exchange of views and knowledge of participants in the dis­cussion makes the forecasting more credible.

The results of the barometer may be used by career counsellors or placement officers in their everyday work for the benefit of jobseekers. It will also be useful for unemployed people who want to change the occupation they were previously involved in.

The study was conducted for the first time in the entire Małopolska region in the 4th quarter of 2010.

The report was published by Regional Labour Office in Krakow in 2011.

Polish version of the report  is available here.